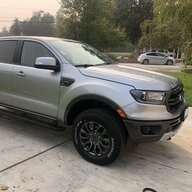 berlow94 said:
Also, if you’re concerned about ride quality, keep in mind that most E-rated tires weigh double what the P-metric tire weighs in the same size!
Click to expand...

This isn’t true. They do weigh more, but double is not even close to accurate. The popular Duratrac tires in a 265/70-17 weigh 50lbs in load E and 44lbs in a P-metric size. 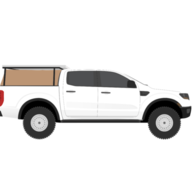 berlow94 said:
Just so you guys are aware, running 30psi to make an E-rated 10 ply tire ride smoother is dangerous. Instead of bending 2-4 layers of sidewall you’re now excessively bending 10-layers of sidewall more then they are designed for. The tire builds heat a lot faster and wears a lot faster.
Click to expand...

There's some truth to this, but very exaggerated here. just be aware of the way the tire is flexing and wearing, and don't run excessively low pressures. If the sidewall looks really bulged, then you need to run more pressure. 30 psi in your E-rated tire is going to feel slightly firmer than in a p-rated, and it's important you don't try to drop the pressure to make it feel as soft as your standard P-tire. But running the same pressures should be no problem.

GTGallop said:
That rotational mass kills MPG too.
I'd go with P-Metric for Comfort if you rarely tow and LT if you tow. If you are getting into the beefier E-Series you probably need a bigger tow rig. Sell the ranger and get a 250.
Click to expand...

Also very exaggerated. Swapping to aggressive AT E-rated tires is the first thing I changed on my ranger, and I was still getting 25-27+ mpg on the highway. I maybe lost 1 mpg, but that could also be due to the larger diameter. If you're accelerating heavily in stop and go traffic all the time you'll probably notice a bigger change, but if you're doing that you're probably also not very concerned about fuel mileage.

A lot of us bought the ranger because it's easy to drive around town and through tight mountain roads, but still able to pull a good size load. And for reliability, I'd much rather run E-rated tires at 1/2 their capacity than consistently run my P-rated tires at their max pressure.

There are some downsides to running them, sure, but very minimal compared to the reliability advantages vs running your weaker tires near their limits.

Running a P tire at max pressure and still seeing the sidewall bulge like crazy when you attach your trailer is scary - I know from experience. Even though I as confident the ratings were not exceeded and that it 'should' be safe, it is not a good feeling when you're travelling several hundred miles at 65+ mph. I'd much rather know my tires are under stressed than worry that I'm going to have a blowout.

like said above, there are some slight negatives to running them, but barely noticeable compared to the reliability advantage you're getting if you're planning on towing a lot OR driving long distances on rugged off-road trails. 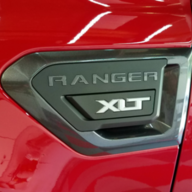 Something to remember is that tire manufacturers have long ago switched to the letter rating system for load ratings on LT radial truck tires. The reason is that most load range D and E rated tires do not have 8 and 10 plies like the bias ply tires from many years past. Most today are only 3 ply with maybe an extra nylon cap under the tread. The additional weight is usually due to more rubber from an extra 2/32's of tread depth, a thicker steel bead, and more rubber that wraps around the bead area. This is one of the reasons the sidewall area does not flex quite as well when aired down. 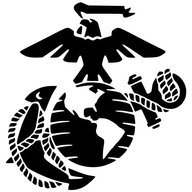 Great point about the rating vs. number of plies.

Traditionally a E rated tire would provide some level of stability but this really depends on the tire load rating and construction. Unfortunately a number of plies does not equate to a better performing tire for towing across different brands. It does matter how the tire is constructed and what its intended purpose is. That is where a LT typical falls.

Personally, I would not change just for the sake of it. However, when its time for new, yup! I put LTs on every truck I have owned including heavy SUVs. In my experience, they will also net a better wear milage. Most of the LTs that are available have a slightly deeper tread depth so it is not like the extra plies help the milage.

The extra plies does help with abrasion resistance (yes even curbs in suburbia). Problem is if a LT size becomes an issue, it will make replacements difficult to find if you are in a rush because it is non-standard.

My approach at towing is to bump the pressure up for heavy loads using the tire manufactures rating. This can also vary by size so beware of boilerplate instructions.

For legal reasons (Explorer Firestone debacle) you should refer to the door jamb AND any supplemental information in the owners manual.

That said, try a range of pressures (5 psi increments) that is within the tire manufacture spec on the rears only and see if you can feel a difference when towing.

Note: A perfect tire will not fix a poorly loaded trailer or hitch setup. Just because a trailer is level does not mean it is loaded correctly.
2019 HOT PEPPER RED, CREW CAB, XLT, FX4 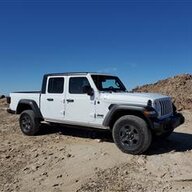 Still running the FX4 shocks?
After I installed the Ford Performance/Fox shocks and struts I noticed a dramatic improvement in towing stability when hauling my travel trailer. I still have the stock Hankook tires set to 35 psi.
Cliff
USN Retired, FPD Retired 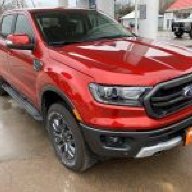 I have E-rated on the motorhome that is the primary tow vehicle and on the trailer. I set them all cold at 80psi for peace of mind. I do all the right things when towing and just did a cross country trip - I have a tongue scale, I've balanced the trailer, use an Equalizer, e-rated tires, big sway bars, air bags, towing tune. blah blah blah blah...

But my tires will soon need to be replaced on the Ranger - may happen this winter or after next summer (20k) and after the responses on this thread I think I'll put some on it as well.

I have the Eibach shocks because the FX4 shocks are garbage and I feel like Ford should have reimbursed me for the Eibachs since they outfitted a new truck with effectively blown shocks.

I’ve had Goodyear tires on my 1995 Ford F 150 4X4 since it was new and have never had a problem with them! They are a great all-around tire and perform well in all weather and terrain. You can get better tires for mud and snow or better weight capacity but then you give up something else! With the Wrangler you get it all, decent mud, snow traction, and hauling capacity with good fuel mileage and tire life! .As long as Goodyear keeps makin’em I’ll keep buyin’em!

This thread is like the Ford/Chevy/Goodyear/Firestone black/white/blond/brunet, etc OPINIONS. I know a couple of girl Toy owners that put E rated tires on their trucks to look tough. Then they put the max air in them. Ignore science, do what ever the seat of your pants wants.

The old story about the engine that was tuned by ear, but the tuner had a tin ear so he got a tin engine comes to mind. 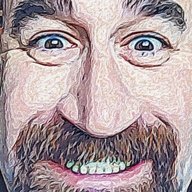 Is any one running Continental MPT 81's?
What load rating did you get? What pressure are you running?

The only thing that separates man from animal is our affinity for toilet paper.
Once we, as a society, lose that affinity, we begin to descend back into the animal kingdom, and after three or more days you will find the food chain beginning to invert on itself. You are no longer the Apex Predator you once were and have moved from hunter to hunted. Can you survive? https://www.qrz.com/db/n5mkh

Ran 10 ply BF Goodrich KO2 and you can drop pressure to 30-35 when not towing with no harm. Traded that truck with 50k on tires and they were at 10/32 and new were 13/32. Guy I work with got 100k from KO2 on his F-150.
Advertisement
You must log in or register to reply here.
Share:
Facebook Twitter Reddit Email Link

how much does towing affect mpg / range?