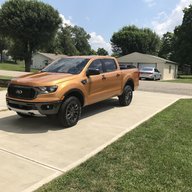 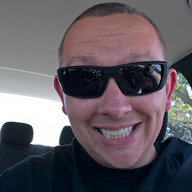 Lmood said:
Those look good. Very raptor-like. Is there an add-on flair for the bumper to make it more flush?
Click to expand...

Wow do those ever look good
OP

I got my Ford Performance Differential Cover installed! 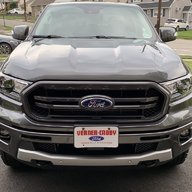 You have one of the best looking Rangers out there!
Really enjoy watching the progress of your truck!
OP

MasiJC said:
You have one of the best looking Rangers out there!
Really enjoy watching the progress of your truck!
Click to expand... 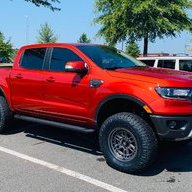 j0shm1lls said:
I installed my Bushwacker OE-Style smooth finish fender flares today. I went with the thinner version that I haven't seen elsewhere yet and I'm quite pleased. They truly do look almost OEM. Here's the set I got in case anyone is interested - https://www.bushwacker.com/bushwacker-20955-02-oe-style-fender-flares-front-and-rear

What do you guys think?

I'll also have an install video up soonish.

EDIT: Video is up! I have the smooth style wider version to put on mine. This makes me want to sell them and go this route. 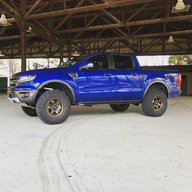 j0shm1lls said:
I got my BDS Intrusion Beams installed today, not too bad of a job and you really don't have to follow their instructions to a T. I didn't remove the front bumper completely, just loosened the frame bolts all the way out, then took the 3 off from the side I was working on, pulled the bumper forward enough to slide the front intrusion beams out and slid the bumper back on. For the rear, I popped the 3 rearward fender trim clips off (broke one on the driver side and then realized I can reach my hand in from the inside and push the clips out so they don't break), then removed the two push pins holding the fender liner on and was able to get the bolts for the inner plastic support from there. I also removed the two lower fender bolts which gave me just enough room to push it back and slide the rear intrusion beams out. It was a few more steps than just chopping the stock ones off but it wasn't terrible. Here's some before and afters for the front and just an after for the rear (I forgot a before pic ). Hey Josh, I see that the BDS kit doesn't force you to maintain your stock beams. Would you be willing to part with yours? I got the fabtech ones and they requires the stock beams but unfortunately mine went into the trash before I received my new ones so they're collecting dust ATM. I'd really like to get it sorted out and install the beams while the front bumper is off the truck to make life easier.
My build thread:
https://www.ranger5g.com/forum/threads/hoosierts-lightning-blue-ranger-build.2251/

I’m curious what your averaging MPG now with the lift and wheels? 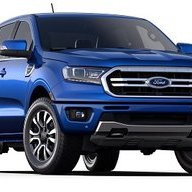 j0shm1lls said:
I got my Ford Performance Differential Cover installed!

where did you get the diff cover from? I don't see it on Ford's Performance website anymore.

Desert_5G said:
where did you get the diff cover from? I don't see it on Ford's Performance website anymore.

Does it require more fluid than the OEM cover? LIkely my next mod at 20k after seeing the amount of metal files on your cover.
Click to expand...

Desert_5G said:
where did you get the diff cover from? I don't see it on Ford's Performance website anymore.

Does it require more fluid than the OEM cover? LIkely my next mod at 20k after seeing the amount of metal files on your cover.
Click to expand...

Got mine from here https://www.levittownfordparts.com/part-ymm/2019-ford-ranger-differential-cover.html

And its the same as a factory fill.

Forgot to post these when I drove up to Big Bear a few weeks back but... 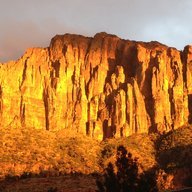 j0shm1lls said:
These may or may not be on order right now.
Click to expand...

Hey Josh, I for one will be following this thread closely as I am definitely interested in the AMP Power Steps as well.

For the time being, I did get a set of the HDX Stainless Dropsteps (my Wife INSISTED!), I even had them powder coated to match the Magnetic Sport Trim. But I'm not a big fan of any side steps as I think they detract from the lines of the truck. The Power Steps would be just the ticket! (hidden when not in use, and easy on the Wife!)

And with your install/write-ups, I would trust/rely your expertise above and beyond that of any accessory manufacturer!

Keep up the good work, your truck is bad-ass!