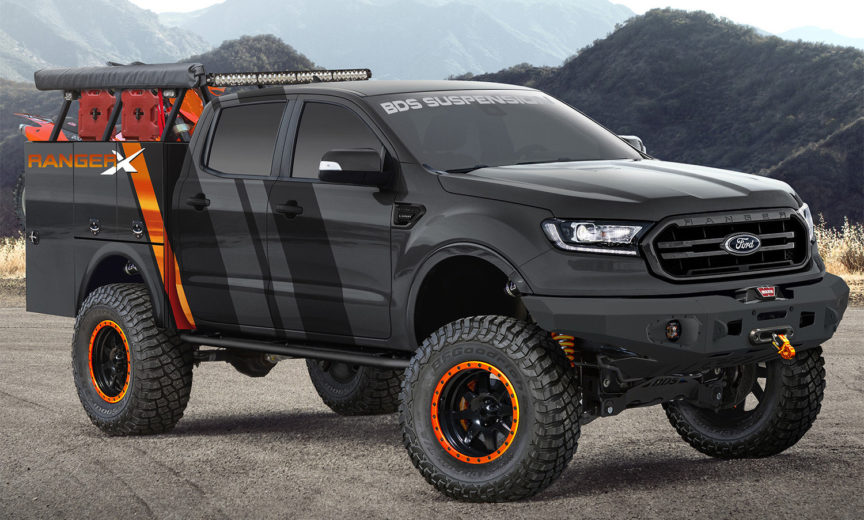 The folks at BDS Suspension just let the cat out of the bag on their official Ford-sanctioned 2019 Ford Ranger build which they will be showing off in just a few days at the SEMA Show in Las Vegas!

Dubbed Project Ranger X, this 2019 Ford Ranger is currently one of only a handful of new Ranger trucks in existence ahead of the official production ramp up early next year. As BDS Suspension notes, their 2019 Ranger was built special for them as part of Ford’s Project Vehicle Program for which BDS submitted a concept proposal to build an adventure-themed offroad capable truck.

Using CAD modeling provided by Ford, the company started to design suspension components and accessories, including their BDS 6″ suspension lift, 35″ tires, heavy duty winch bumpers and offroad lighting, swapping the bed out for a service box loaded with gear, and more modifications.

Ranger5G will be at the SEMA Show bright an early next Tuesday, October 30 to bring you live coverage of this 2019 Ford Ranger build and any others that may pop up at the show so stay tuned!